For over 15 years, EMBERS ran a program called EMBERS Ventures, where we supported new entrepreneurs as they grew their small businesses. Throughout the life of the program, EMBERS helped over 800 local small businesses to grow and thrive. 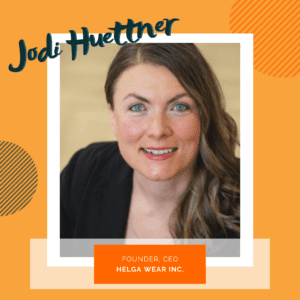 In 2019, we had to make the difficult decision to close the EMBERS Ventures program, but the legacy lives on in the many entrepreneurs and businesses that we helped. One of which was Jodi Huettner.

Jodi is the incredible founder and CEO of Helga Wear Inc, an organization dedicated to elevating the workwear industry for women, by designing safety coveralls and overalls for women’s distinct proportions and body functions.

Before entering the EMBERS Ventures program, Jodi worked as a mechanical engineer for an environmental consultant firm. Her role as a supervisor included liasoning between trade workers and clients, which required her to be on job sites regularly.

As many of our EMBERS Staffing workers know, walking onto a (construction) job site requires more than just courage. There’s a mountain of PPE (personal protective equipment), steel-toe-boots, hard hats, overalls and more, just to be able to step through the gate.

If you’re a woman in the trades, the majority of this equipment is not designed to fit the female body proportions comfortably or effectively. As Jodi spent more and more time on sites, she began to notice the many problems that this deficiency was causing for both herself, and others.

“It was really, really difficult for me as a woman.” Jodi explained, “to have to leave my team [to find a bathroom] or find some other way to pee wearing all PPE.”

“For guys, they can just unzip their overalls or coveralls and go behind a bush, but as women out there in the field, we have to literally half strip before we can go, so you have to find the only washroom available on a remote location and your work team stops until you come back.”

“That consistently pushed me behind for budgets and timelines.”

After struggling for a long time with the various issues of the inappropriate workwear available to women, Jodi finally made the decision to put her mechanical engineering skills to a new use, and began the first prototypes of what would soon become her Helga Wear Products.

She tested her prototypes while working on site until she finally found a solution that worked. From there, Jodi left the industry and began to try and bring her product to market. 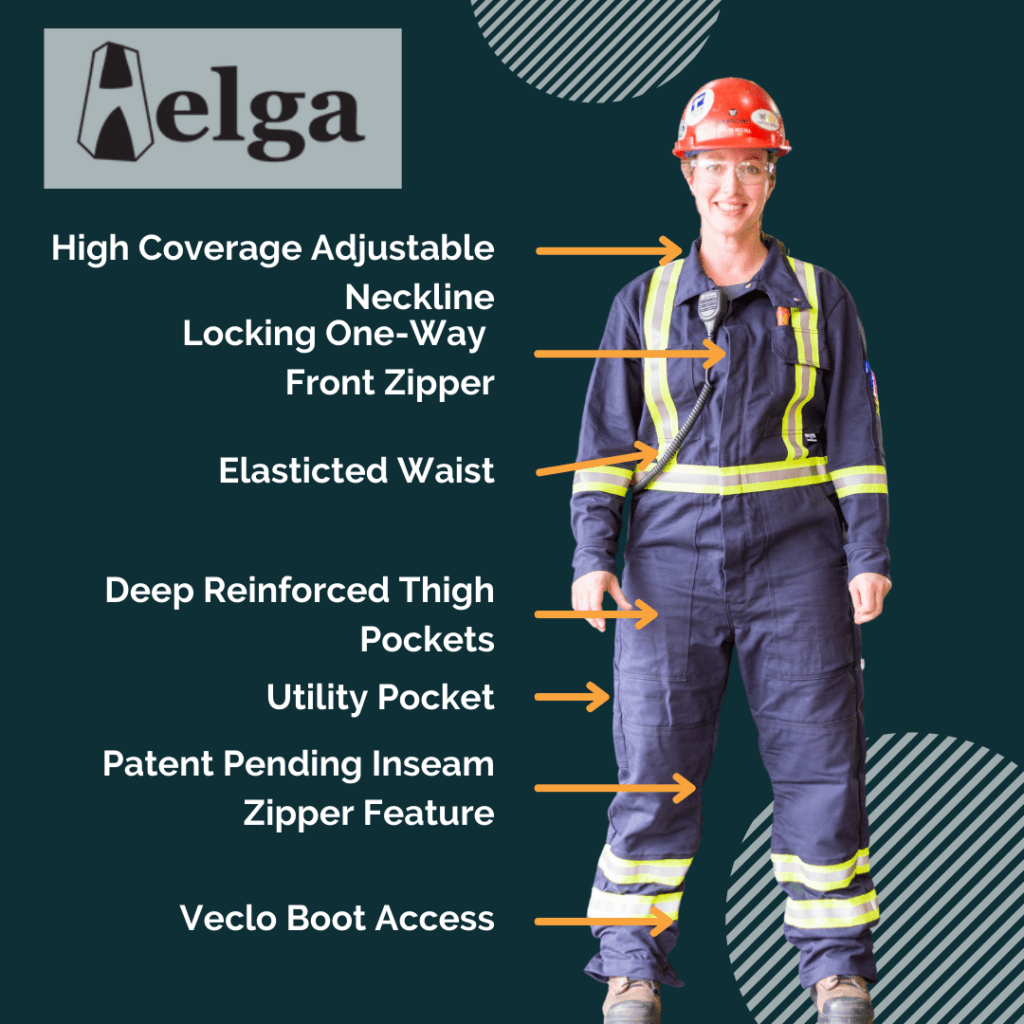 “I had no idea how to start a business.” Jodi said. So she turned to the EMBERS ventures program, and brought in a rough business plan.

“The first module of the Ventures program was to create a business plan. So I started with my cobbled together crazy little business plan, and made something that actually resembled a real document.”

From there, Jodi found funding through Kickstarter and was finally able to launch her product within a year.

“With the strength of the business plan that I developed with EMBERS Ventures, along with personal references, and some other wonderful people in the community that that stood up and said, ‘we believe in Jodi as an entrepreneur’, I was able to get a decent amount of debt financing on top of the Kickstarter financing, without which the business would never have gotten off the ground.”

Since her time with EMBERS Ventures, both Jodi and Helga Wear Inc have grown tremendously. With new projects and exciting prospects ahead, Helga Wear Inc is ready for new challenges and opportunities waiting in 2021.

“We’re still fighting a battle just to get a basic design of everyday tools and safety gear, so that they meet female body proportions.”

We wish you the best of luck in this ongoing battle for equality in the trades Jodi, and we are so excited to see how you continue to take this industry by storm.

To learn more about Helga Wear, inquire about products and join the battle for equality in the trades, visit
Helga Wear Inc.

As Vancouver House comes to completion, EMBERS celebrates the labour of the Icon West Construction...